History of the Planetarium

The history of the Wits Planetarium begins in the year 1956, when the Festival Committee, instituted to organise the celebrations in that year of the seventieth anniversary of the founding of the city, decided that it would be most fitting to mark the occasion by raising the funds needed to buy and house a Zeiss Planetarium. Since timing was a matter of importance, and since it was soon found that it would not be possible to obtain a new instrument within a period of less than a year, it was decided to try and buy one of the existing instruments in Europe. 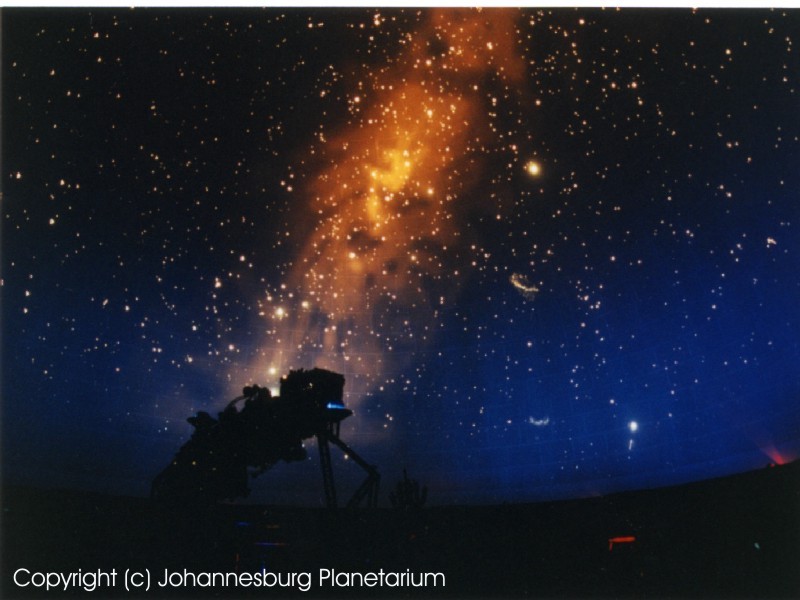 With the assistance of the manufacturers, and after prolonged negotiation, the Festival Committee succeeded in inducing the City Council of Hamburg to sell the instrument which had been in use in that city since 1930, on condition that the projector would be fully modernised in the Zeiss factory at Oberkochen, and that a new instrument would in due course be built for Hamburg.

The Hamburg projector was therefore immediately dismantled and moved to Oberkochen for complete overhaul and, in time, was completely rebuilt, while all the additional apparatus and improvements developed since it was originally built were added. The result - a Zeiss MkIII - was an instrument as modern and complete as any in the world at the time.

In the meantime, however, the responsibilities of the Festival Committee had been taken over by the Johannesburg City Council who, after further negotiations, finally sold the projector to the University of the Witwatersrand for use in the formal instruction of students and as a public amenity for the citizens of Johannesburg and of South Africa in general. Plans for the building were drawn in 1958, and building commenced in 1959.

Finally the stage had now been reached when the instrument had been installed and adjusted by a team of Zeiss technicians, and the building was on the point of final completion. On 12 October 1960 the first full-sized planetarium in Africa, and the second in the Southern Hemisphere, opened its doors to the public.